As the continuing flood of COVID-19 patients squeezes in-patient resources ever tighter, some hospitals see evidence that need for hospitalization can be reduced with a one hour treatment for certain patients who come to the emergency room with new infections.

The treatment is an infusion of monoclonal antibodies–MAB–administered as part of outpatient care. Pomona Valley Hospital Medical Center set up an infusion center inside a mobile pre-fab set up in the parking lot outside the emergency room. Since last month, 230 new COVID-19 positives have received a MAB infusion, according to Kenneth Nakamoto, MD, specialist in emergency medicine and the hospital’s vice president of medical affairs.

“I have not noticed personally that any of these patients have come back, have required ICU care,” Dr. Nakamoto said. 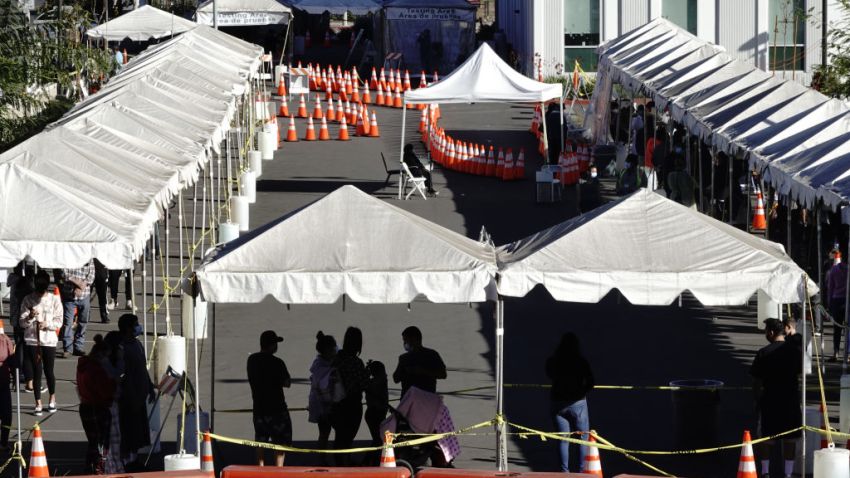 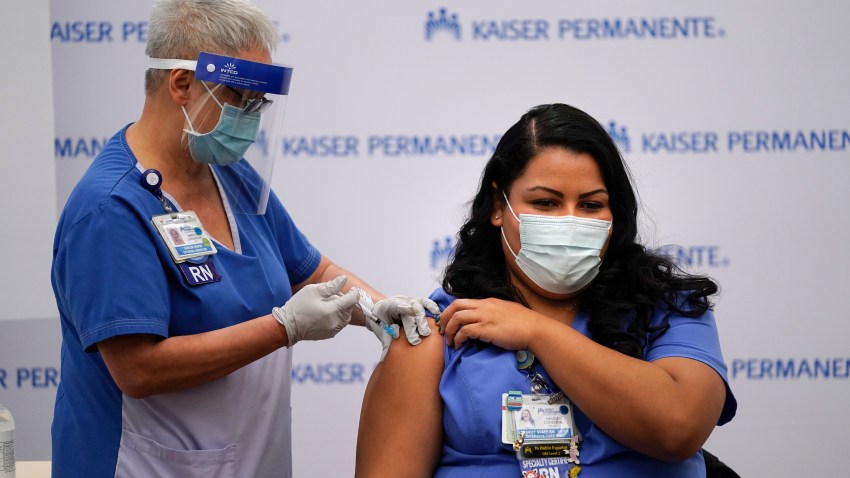 Monoclonal antibodies first garnered public attention early last October, when as part of his treatment, President Trump received what was then still an experimental drug. It received a share of the credit for his rapid recovery.

In November, the FDA issued emergency use authorization to versions of MAB developed by Eli Lilly and Regeneron, for the purpose of stopping early, mild to moderate cases of COVID-19 before symptoms worsened. Among the parameters to qualify, patients must be treated within ten days of the onset of symptoms, and considered to be at risk of severe disease.

Last month, the drugs became available to hospitals and pharmacies. US Health and Human Services selected CVS Health, and its infusion provider Coram, to deliver a thousand doses to patients in long-term care facilities and even at home.

But despite the reported treatment successes, some major hospitals and clinics have declined to make arrangements to provide MAB, including the Los Angeles County government agency that operates a vast care network.

“The LA County Department of Health Services is investigating ways to deliver MAB to our patients but is not currently doing it,” stated Michael Bolaris, MD and Health Services Medical Director of COVID-19 response.

Hope of diverting patients from crowded hospitals to outpatient care is complicated by actions to meet hospital staffing needs by re-assigning outpatient personnel to inpatient care. This has meant limiting outpatient services, and in some cases, clinic closures.

Providing the infusions does require setting up dedicated facilities, Dr. Nakamoto said, and he suspects that the demands of providing care and maintaining staffing during the COVID-19 surge have left some hospitals without the bandwidth to make the additional arrangements.

In one case, Pomona Valley received the allocation for another hospital that was not able to use it, Dr. Nakamoto said.

A spokesperson for CVS declined to comment on the status of the pilot program announced last month.

With vaccination still months away from being pervasive enough to slow COVID-19 spread, the benefit of using MAB to reduce hospital admissions remains limited.