Hundreds of protesters gathered in El Segundo Tuesday night to show their support for Armenia in its conflict with Azerbaijan over the disputed Nagorno-Karabakh region.

The protest began at 4 p.m. outside the Los Angeles Times office. By 8 p.m., hundreds of protesters were gathered in that area around their parked vehicles on Imperial Highway between Douglas Street and Aviation Boulevard.

The El Segundo Police Department closed that section of Imperial Highway before 6:30 p.m., according to the department, which described the protest about that time as “quiet and peaceful.”

Los Angeles County is home to the nation’s largest population of Armenian immigrants, and demonstrations took place last week and over the weekend against what many of them call Azerbaijan’s aggression against Armenia and Nagorno-Karaabakh, also known as Artsakh.

The mountainous region is controlled by ethnic Armenians but is inside Azerbaijani territory. 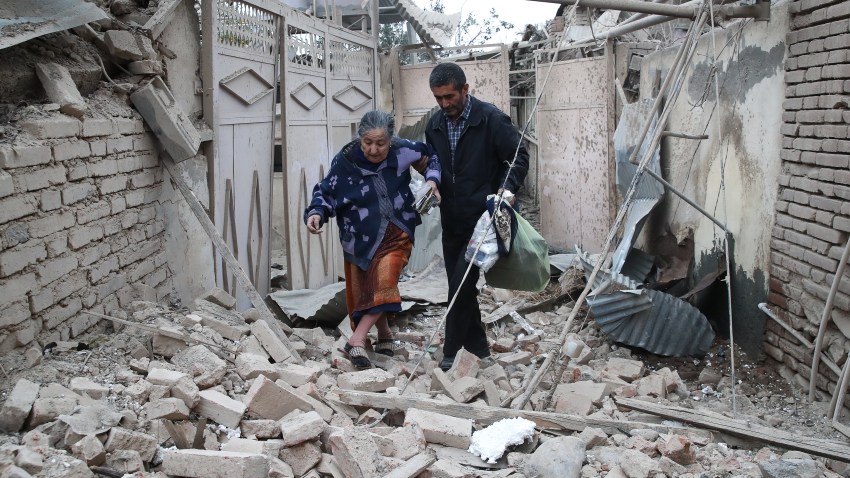 The Nagorno-Karabakh Conflict: Why Armenia and Azerbaijan Are Fighting Again 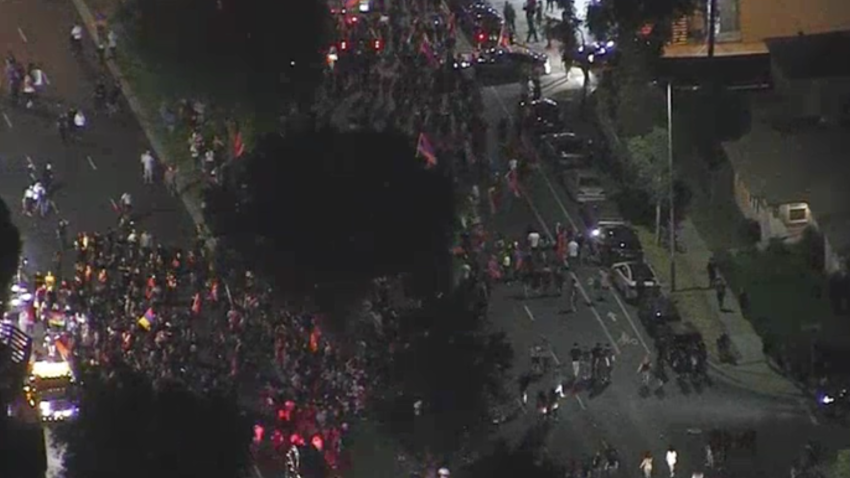 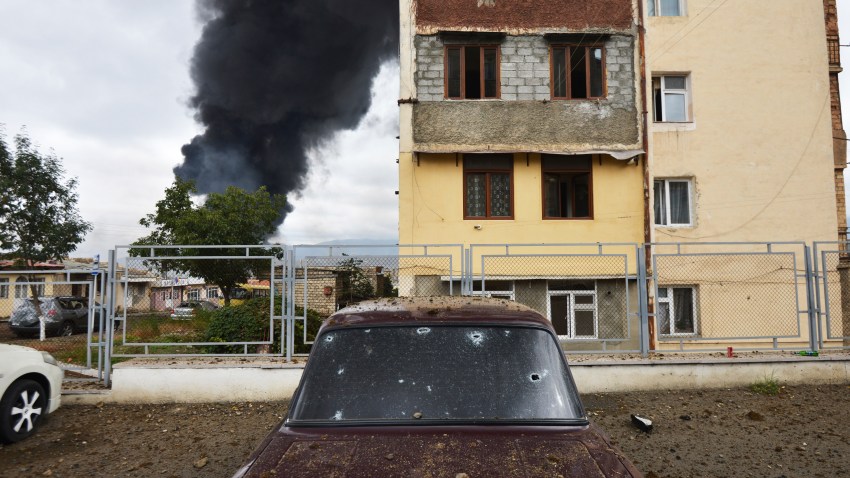 Armenia and Azerbaijan have been engaged in conflicts for years, but the situation escalated in July when Azerbaijan threatened to blow up a nuclear power plant in Armenia.

“We demand that our government in Washington engage immediately and aggressively to bring an end to this violence, and to hold the Azeri and Turkish governments fully accountable for these crimes,” said Los Angeles City Councilman Paul Krekorian, using an alternative ethnonym for the Turkic peoples of Iranian Azerbaijan and Republic of Azerbaijan.

Krekorian introduced a resolution that was immediately passed by the City Council last week condemning the actions of the Azeri government.

Krekorian is of Armenian descent. He said his children were christened in that country.

Nasimi Aghayev, Azerbaijan’s consul general to the Western United States, released a videotaped statement over the weekend saying, “Azerbaijan is defending itself, its civilian population, on its own soil and with its own armed forces.”

Aghayev denied that religion has played a role in the conflict and described portrayals of it as such as “propaganda advanced by Armenia and its allies.”