Los Angeles County set another grim record Wednesday, confirming another 145 deaths due to COVID-19 — the highest single-day number reported since the pandemic began — while also warning that hospitalization and fatality numbers are certain to get worse over the next two weeks.

With the Christmas holiday at hand, health officials again urged residents to stay home and avoid gathering with anyone outside their own household, something that occurred rampantly over Thanksgiving and contributed to the current surge in cases.

“I’m very worried today that there are thousands of L.A. County residents whose actions are creating tremendous risks and contributing to the continued surge in cases, hospitalizations and deaths,” county Public Health Director Barbara Ferrer said. “This virus makes people sick because a person with COVID-19 — through their breathing, talking, singing, chanting — expelled the virus in their respiratory droplets and other people nearby were then infected from the droplets. This need not happen if we stay away from non-household members as much as possible.”

She added: “With thousands of cases of newly infected people every day, and the fact that many people have no symptoms and simply don’t know that they’re carrying the virus, it is highly likely that every time you and others in your household leave your home, you will come into contact with somebody who’s infected.” 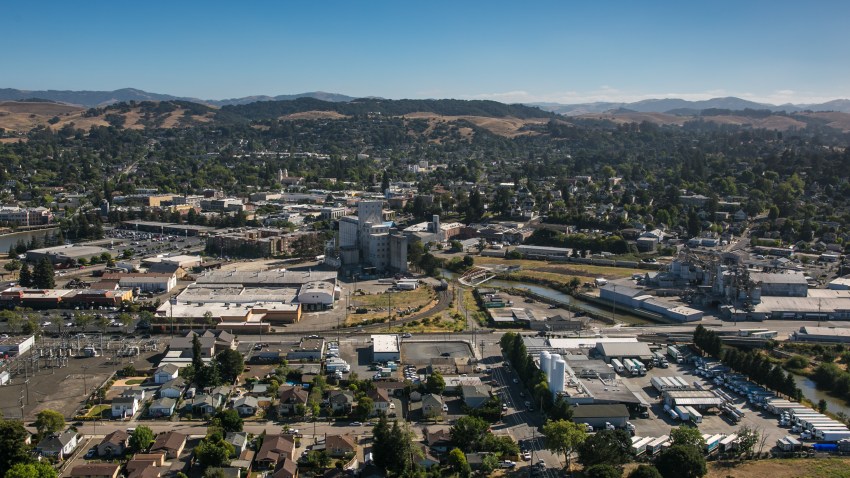 The 145 deaths reported by the county Wednesday lifted the overall county death toll to 9,153. The county also reported another 16,525 new COVID cases, pushing that overall number to 663,954.

The county’s most current modeling estimates that one in every 95 residents who aren’t hospitalized or in quarantine are infected with the virus and capable of spreading it. That’s a slight improvement from last week, when the estimate was one in 80 residents. The transmission rate of the virus — the average number of people every COVID patient infects with the virus — was estimated at 1.11 on Wednesday, down slightly from 1.2 last week.

But Dr. Christina Ghaly, director of the county Department of Health Services, said those numbers shouldn’t be mistaken as a sign the virus is any less prevalent or deadly, noting that anytime the transmission rate is over 1.0, the number of cases in the county will continue to grow.

“These rising cases will put even more strain on our already overburdened hospitals and the people who work in them,” Ghaly said. “… New patient hospitalizations have continued to increase at a rate that we haven’t seen before in the pandemic.”

She said about 750 new COVID patients are being admitted to hospitals every day. The county reported 6,155 people hospitalized across the county with COVID-19, although the state listed the county’s hospital population at 6,499, with more than 1,300 confirmed or suspected COVID patients in intensive care. As of Wednesday morning, the county’s 70 “911-receiving” hospitals had 648 total available beds, and just 57 ICU beds — 33 of them adult beds and 24 pediatric.

The county has an overall licensed ICU capacity of about 2,500 beds. According to the county DHS, hospitals surged their capacity to operate a daily average of 2,660 ICU beds last week. On average, those beds were occupied by 996 confirmed or suspected COVID-19 cases on a daily basis, or about 37% of the 2,660 staffed beds. The hospitals last week averaged 55 open and staffed ICU beds on a daily basis.

Those 70 hospitals operated a daily average of about 10,000 non-ICU beds last week, with 36% of them on any given day occupied by confirmed or suspected COVID-19 patients, and only about 300 beds staffed and available each day.

The average number of hospitalized COVID patients in the county has increased by 547% since Nov. 9. Average daily deaths are up 467%, from about 12 per day in early November to 69 per day last week. Average daily new cases have soared by 907%.

Emergency rooms have become so crowded that Ghaly said some ambulances have had to wait hours to offload patients due to a lack of space. She said that on Tuesday, 96% of the county’s 70 emergency-equipped hospitals diverted ambulance traffic to other medical facilities at some point during the day — up from the normal average of 33% for this time of year.

Health officials warned that since the numbers of cases, hospitalizations and deaths general reflect people’s behaviors from two weeks ago, all of those figures are expected to rise through at lease the end of the year. Ghaly said the daily number of COVID patients in hospitals is likely to exceed 7,500 by next week.

Ghaly sought to dispel the assertions of many that health protocols are an infringement on personal freedoms, insisting that the actions of individuals during a pandemic unavoidably affect the entire population.

“This is a very false narrative and only leads to more destruction and suffering,” she said. “We are all interdependent. What one person does and how they live their lives affect not just those in his or her immediate vicinity, but the contacts of those people and on and on. … Your choices have consequences. They have consequences not just for themselves, they have consequences for every single person they interact with and many others that they will never know.”

COVID-19 vaccines continue to be administered across the county, with Ferrer saying the county has received or will soon receive a total of 131,625 doses of the Pfizer vaccine. A total of 116,600 doses of the Moderna vaccine arrived in two shipments Tuesday and Wednesday. The Pfizer vaccine continues to be directed primarily to frontline health care workers, with 38,850 of them receiving vaccinations so far. The Moderna vaccines will be directly primarily to skilled nursing facilities to be administered to residents and staff, as well as to fire department paramedics and emergency medical technicians.

Ferrer warned the public to be on the lookout for scammers claiming to have access to the vaccine or an ability to move residents up the priority list to be vaccinated.

“Already we’re hearing reports of private individuals saying they can provide a vaccine to anyone who wants one or needs one,” Ferrer said. “In LA County, the distribution of vaccines is tightly controlled at this point, and vaccines are only being offered to frontline health care workers and people who live in long-term care facilities.”

She urged residents to avoid people who try to sell them a vaccine or a higher spot on a vaccine waiting list.

“There is no vaccine waiting list,” she said. “… These are all scams, and if one of these offers comes your way, turn it down.”