Multiple lanes and a transition bridge on the westbound Pomona (60) Freeway between Eastvale and Ontario will be shut down again Friday night and through the weekend as part of the “60 Swarm” resurfacing and bridge replacement project.

Beginning at 10 p.m. Friday and continuing until 5 a.m. Monday, three of five lanes on the westbound 60 are scheduled to be taken out of service between Interstate 15 and Archibald Avenue, a roughly two-mile stretch.

The westbound HOV and No. 1 lanes will remain available during the 55-hour closure, which will also require partially shutting down the I-15/60 Freeway Interchange in Eastvale. The southbound I-15 connector to westbound 60 will be closed, with detours in place, according to Caltrans.

The 60 Swarm got underway in July 2019, and since then, lane shutdowns have been a regular occurrence from Chino to the 60/91/215 interchange in downtown Riverside.

According to Caltrans, one of five lanes on the eastbound side of the freeway continues to be closed nightly, Monday to Friday, between Archibald in Ontario and Mission Boulevard in Jurupa Valley.

Freeway entrance and exit ramps in the construction zone are being intermittently closed during the overnight hours, as well. 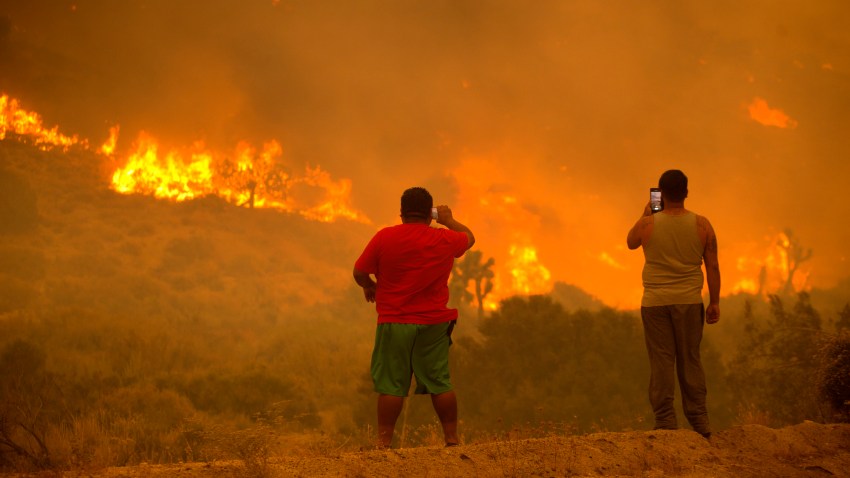 Deadly Crash Shuts Down Portion of 405 Freeway in Gardena

The work, which has resulted in traffic backups spanning several miles, even in the middle of the night, is a central part of the 60 Swarm, which altogether covers a 20-mile space.

The other part of the project is comprised of bridge replacements, costing $23 million. The Benson Avenue, Monte Vista Avenue and Pipeline Avenue overcrossings in Chino are being replaced with new spans. Alternating east- and westbound lane closures for the bridge work started over a year ago.

Most of the overnight lane closures related to the bridge replacements are occurring between Ramona Avenue and Reservoir Street in Chino.

More information is available at www.60swarm.com.