Segments of security and body-worn-video recordings that captured an attack on officers at the LAPD’s Harbor Station were shown publicly Wednesday, a day after the Department said it planned to investigate how one segment of the video was leaked to reporters in the hours after the incident.

The edited presentation posted by the LAPD to YouTube shows an exterior view of the police station on the night of Sept. 26, when a man driving a white Chevy pickup truck drives towards the front door of the public lobby and parks outside.

The video then switches to a view from a security camera inside the Harbor Station lobby that shows one officer, now identified as Anthony Freeman, walking to the front doors of the lobby and meeting the man who was driving the pickup. 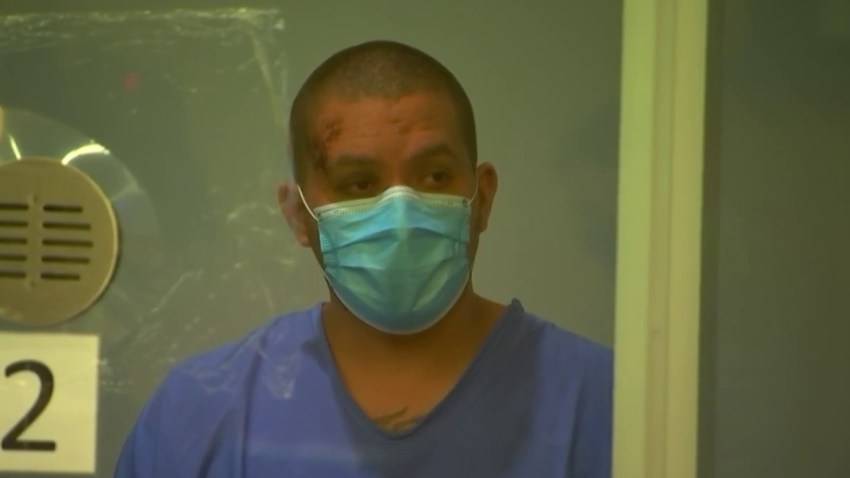 Over the next minute and forty seconds the security camera recording captures the attack on Freeman, in which he’s knocked to the ground, punched and beaten with the butt of his department-issued Beretta pistol, and in which the attacker exchanges gunfire with a second officer.

Body-worn-video from Freeman’s camera shows a much closer view of the pickup truck driver, who police identified as Jose Cerpa Guzman, 29, wearing a wide brimmed hat and sunglasses, taking a fists-up fighting stance and throwing punches at Freeman.

The recording shows the men struggling over Freeman’s gun, and at several moments, the gun being pointed directly at Freeman’s body, where LAPD Chief Michel Moore said last week, the attacker appeared to try to shoot the officer.

“Help out here,” Freeman can be heard saying in the body worn video clip.

The second officer shouts, “What happened?” Freeman says, “He got my gun!,” and within a second police say Guzman fired a shot from Freeman’s pistol.