At a magnitude of 6.7, the 1994 Northridge earthquake wasn’t unusual in terms of its size.

Since 1900, an average of 120 earthquakes per year worldwide are in the magnitude-6.0 to 6.9 range. In 1993, the year before the Northridge quake, shocks in that range numbered 141 worldwide.

For a visualization of just how many earthquakes rival the 1994 Northridge quake in magnitude, click here to view a USGS map. It displays all earthquakes in the magnitude-6.0 to 6.9 range since 1970.

The list includes the magnitude-6.9 earthquake in Kobe, Japan, which caused devastation on a staggering scale — 5,100 fatalities, 27,000 injures and 100,000 building destroyed.

In the case of the Northridge quake, its location in the vicinity of a built-up metropolis with some vulnerable structures — including residential buildings and freeway overpasses — made it a natural disaster of historic proportions.

The origin was near the intersection of Reseda Boulevard and Arminta Street in the northwest San Fernando Valley on a previously undocumented fault. At a depth of about 10 miles, the quake caused strong ground motion across a widespread part of Southern California.

A USGS intensity map (below) shows that the strongest shaking, designated in red, was reported in areas north of Los Angeles as the rupture spread in that direction. Residents to the south, including downtown LA and densely popuated areas around it, reported less intense “strong” and “very strong” shaking, denoted by yellow and orange squares.

Most of the damage occurred in communities north of Los Angeles, but there were pockets of hard hit areas, like Sherman Oaks, West Hollywood and even Santa Monica. The seaside community is about 15 miles away from the Northridge earthquake epicenters, but soft soil, Southern California’s fault system and Santa Monica’s older building stock likely all contributed to significant damage.

Reports of damage and casualties developed throughout the first day. Below, this map features locations of some of the hardest hit areas and archived video of NBC4 reports.

At $20 billion in damage and $49 billion in economic loss, it was the costliest natural disaster ever at the time in the United States, but the damage could have been worse had the rupture spread south toward the more densely populated areas in and around downtown Los Angeles.

At the time, Los Angeles County’s population was an estimated 9 million people. Today, it’s around 10.1 million with nearly 4 million in the city of Los Angeles alone. How would the intensity of that shaking be felt across the Los Angeles of 2019? The map below illustrates the potential impact if the Northridge earthquake occurred today. 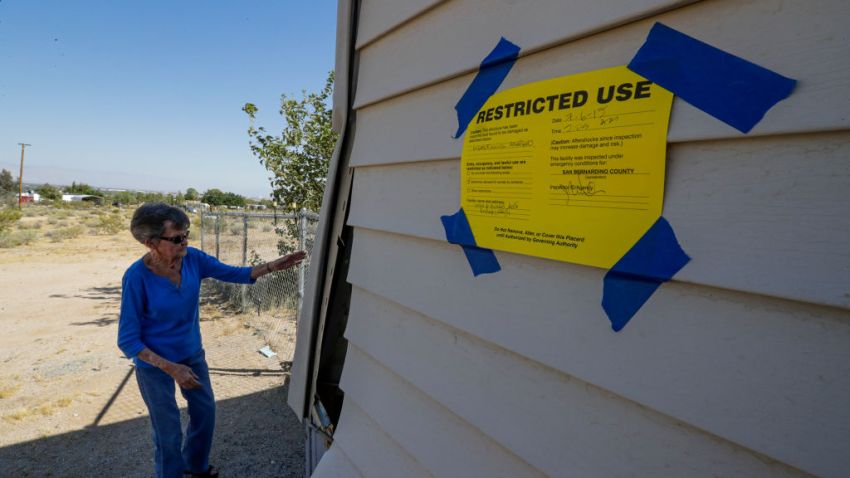 Earthquakes: What to Do Before, During and After the Shaking