With his bat in hand and his teammates jumping over the dugout railing and pouring onto the field, Smith ran halfway down the first base line before he finally threw his bat and turned to them in exultation. He had just hit the biggest home run of his young career, and with it, ensured the National League Championship Series would last another day.

He had just given them life.

The historic home run came in the matchup fans had been clamoring for all series long: Will Smith vs. Will Smith.

After falling behind in the count 0-2, Smith sent a 95 MPH fastball from Smith 404-feet off the sign in left field to force a Game 6 on Saturday afternoon.

The Braves still lead the best-of-seven series, 3-2, and are one win away from an NL pennant, but a Dodgers win tomorrow can usher in the two greatest words in sports: Game 7.

That’s how powerful one swing can be.

Facing elimination for the first time this postseason, and the grueling schedule of no off-days beginning to rear its ugly head, the Dodgers turned to Dustin May in Game 5 against Braves’ reliever A.J. Minter.

Atlanta manufactured the first run of the game after Freddie Freeman hit a double off the glove of first baseman Max Muncy. A passed ball moved him to third, and he scored on a sacrifice fly by Travis d’Arnaud.

Minter had never started an MLB game in his four-year career, and had never thrown more than 36 pitches. Nonetheless, with a trip to the World Series on the line, Minter was magnificent, striking out seven of the ten batters he faced. Minter became the first pitcher in MLB postseason history to strike out seven batters in three innings or less.

The Dodgers have relied on the consistency of Mookie Betts and Corey Seager all season long. With their backs to the wall, that was the case again in Game 5, as the MVP candidates were the catalysts for the Dodgers comeback.

With runners on the corners and one out in the third inning, Dansby Swanson hit a sinking fly ball to right field that Betts caught at his shoestrings on the run. Marcell Ozuna tagged from third in what appeared to give the Braves a 3-0 lead.

However, the Dodgers challenged the play, and replay review showed that Ozuna left the bag early on the Betts catch. Instead of a run, it was a double-play, and Los Angeles finally found some luck on their side.

That play would prove to be a game-changer.

The rally began when Seager put the Dodgers on the board with a leadoff homer off Tyler Matzek to start the next inning. The Dodgers were beginning to get up off the mat.

Before the series began, the Dodgers supposedly had the starting pitching depth to be able to beat the Braves the longer the series went. On paper, Games 3-5 should have been a significant advantage for the Dodgers against Atlanta who were forced to start unproven rookies and throw a bullpen game.

May was supposed to go deep in the game and provide the Dodgers with much-needed length, instead his start was shorter than Minter’s forcing the Dodgers to go to their bullpen early and often.

However, the bullpen was up for the challenge as six relievers combined to throw seven innings allowing just one run.

Seager made lightning strike twice for the Dodgers when he homered for the second time in the game in the top of the seventh inning.

The two-run blast extended the Dodgers lead to 7-2, and provided much-needed insurance runs. It also was a history-making homer as Seager became the first shortstop in MLB postseason history to have four home runs in a series.

Seager’s team-leading 13 RBI are also the most in a postseason series in Dodgers franchise history.

There are a handful of plays you can pinpoint in any game that can shift the momentum of a series. The Dodgers had a few of them on Friday, but more importantly they survived.

Game 6 of the best-of-seven NLCS is scheduled for 1:38PM PT. 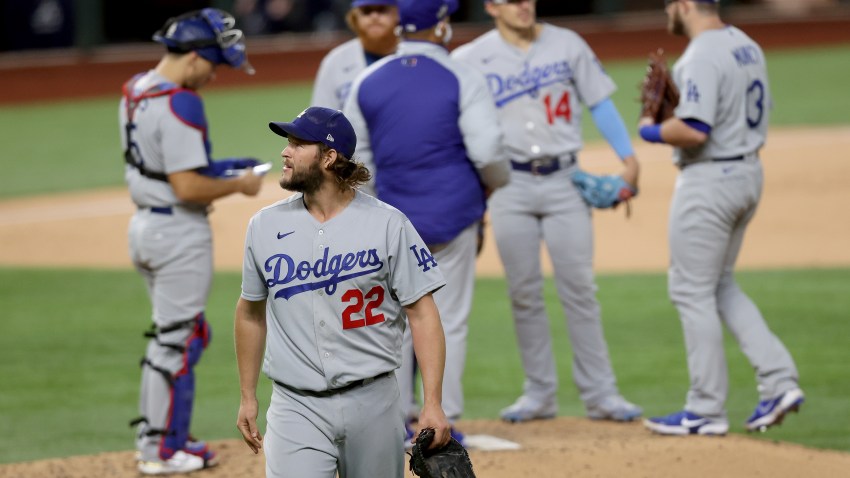 Dodgers on Brink of Elimination After 10-2 Blowout Loss to Braves in Game 4 of NLCS, LA Trails 3-1