The county’s death toll and cumulative caseload now stands at 1,423 and 57,635, respectively, according to the Orange County Health Care Agency.

Officials reported 302 new cases on Tuesday, and 203 on Monday.

The number of hospitalizations related to the virus ticked up from 168 Tuesday to 174, while the number of patients in intensive care rose from 63 to 66.

The change in the three-day average of hospitalized patients went from 1% to 3.9%. The county has 36% of its intensive care unit beds and 62% of its ventilators available.

According to the OCHCA, 532 of the county’s coronavirus deaths have involved skilled-nursing facility residents, and another 111 resided in assisted-living facilities. Of Wednesday’s reported fatalities, seven resided in skilled-nursing facilities, and one was in the 18-to-24 age group. That person died on Sept. 11; the last time someone in that age group succumbed to COVID-19 was Sept. 4, OCHCA officials said.

The positivity rate, which is reported each Tuesday, remained at 3.2% as it was last week, and the daily case rate per 100,000 population also remained at 4.6. That leaves the county at the doorstep of moving up from the red to the orange tier in the state’s four-tier monitoring system, which came under attack during Tuesday’s Board of Supervisors meeting by Chairwoman Michelle Steel, who questioned the scientific basis for it.

“t’s just really frustrating here,” Steel said. “Where is the scientific base here? … The frustrating thing is Orange County numbers are really low.”

Steel said “99.9 percent don’t feel anything” when they are infected.

“This county is going to file another bankruptcy,” Steel said, referring to the first bankruptcy in 1994. “Small businesses are not coming back. This is seven months.”

Steel questioned how health department officials arrived at the various percentages of cases needed to move up to each tier.

“He is not a scientist,” Steel said of Gov. Gavin Newsom. “Stop all (this) nonsense and do something about these businesses… I don’t see any scientific base at all.”

Bartlett said the tier system was put in place to ensure hospital systems are not overwhelmed by a surge of patients.

“Our hospital system is not being overwhelmed and somehow we’ve got to be able to address that issue with the state,” Bartlett said. “There’s no correlation between case counts increasing and overwhelming our hospital system, because we still have so much capacity.”

Bartlett said large urban counties such as Orange “are going to be stuck in the red tier for an extended period of time.”

She said counties prepared for a surge of patients should get credit for that planning when deciding whether more businesses can be reopened.

“I’m hopeful it won’t be as bad as the wave we got done with in July,” Robinson said. “However, we’re prepared to deal with the next surge of patients. It would be irresponsible to think we’re not going to have a second surge in California given what I see across the nation. While we’re at a relative lull now, I would expect case counts increasing over the next several weeks and months.” 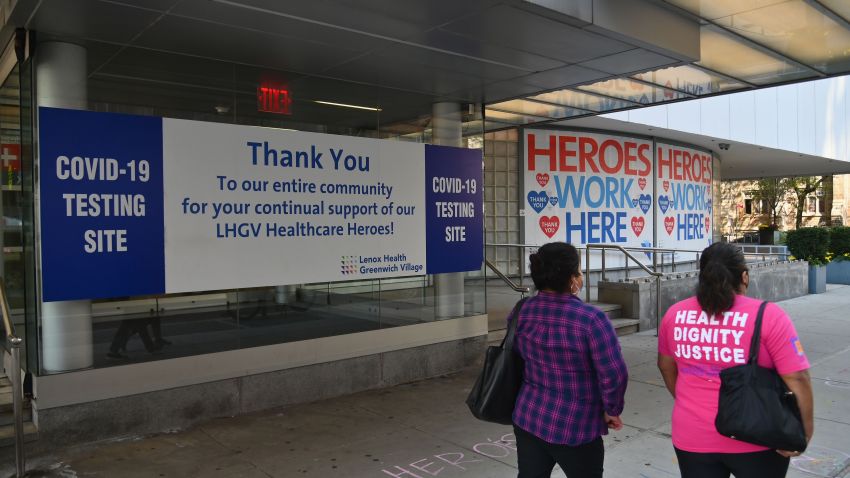 Virus Spikes Have Officials Looking to Shore Up Hospitals

If COVID-19 Mutates People May Be Getting Vaccinated Every Year, UCLA Researcher Says

The rising case counts this week is “notable, because our neighboring counties are going from red to purple,” Bartlett said. “And, we know, that regionally what happens in one county easily impacts other counties. We’re a major job center for people coming here from purple counties.”

Officials want daily case rates to average about 130 to get from the red tier — one tier down from the most restrictive purple tier — to the orange tier. To stay in the red tier, the county cannot exceed 225 cases per day, according to county CEO Frank Kim.